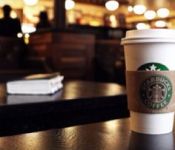 The car often rolled into my quiet, suburban neighborhood. It would park on the street, and I would see them get out of the car, two to three women, in long skirts, hair nicely done, with booklets in hand. I knew who they were immediately, and cringed at the thought, “The Jehovah’s Witnesses are here.”

From house to house, they rang doorbells, with no response, or doors quickly shut. I prepared to hide, when the bell rang. Naturally, it rang as I was walking in front of the window, so I answered, awkwardly unprepared to tell them to go away. I invited them in.

They walked into my empty and cold house, filled with boxes, being prepared for a move to somewhere I had not yet determined. I had liquidated the furniture to pay my attorney, and was sleeping on an air mattress. The living room furniture was now the patio furniture that I had brought inside. The ladies each had a seat in a wrought iron chair with a cushion on it. I had moved past embarrassment into a comfortable numbness that would not allow me to apologize, but certainly made me feel inadequate.

With a snarled lip, I then shared about my then-husband, who had been a deacon in the church, but had just confessed to an affair with a young girl at this work. I was now in the midst of divorce, living with my three children, hands empty, heart broken, and no idea what I was going to do. All I knew was that I had to get out of there.

I felt like I had thrown up on them, at that moment.

I didn’t even know these women. I was not supposed to like them. After all, they were Jehovah’s Witnesses! They were the people that you put up signs to keep out, the ones you yell at, “Go away!” or “We don’t want any!” They are a cult, obsessed with door knocking and brainwashing. Right?

And yet, here they were, sitting in my living room, looking at me, with the most compassionate and patient faces I can remember. We talked a little bit longer, just about God and faith, and getting through difficult times. After a while, they got up to leave, and asked if they could stop by again sometime. Without hesitation, I replied, “Sure. I would love to visit again.”

The next time they knocked on my door, they brought me a Starbucks Vanilla Latte, which was my favorite coffee in those days. I don’t recall how they knew I liked those, or when I brought that up, but they had remembered, and there it was, on the other side of my peephole.  I may have secretly questioned whether it was laced with some weird “Jehovah’s Witness opiate” that would make me agree with all that they said, run out and buy long skirts, and start annoying my neighbors by knocking on all of their doors, but I drank it anyway. It was so good.

We got out our Bibles and began to discuss many scriptures. There was a good bit on which we agreed. There was some on which we most definitely did not agree. However, I remained respectful in my discussion, as did they. As they talked, I found that what I most admired was their dedication to their faith, and their desire to share. I figured the least I could do was listen, even if I had different beliefs.

Over the next month or so, we visited a few more times. One night, during our visits, I came home and found several bags of groceries on my doorstep. There was no note. There were no pamphlets. There were no clues as to who may have left them. I always suspected that it may have been those ladies.

At our last visit, they invited me to join them for church sometime. I politely declined, saying, “I am very actively involved in my own faith; but thank you for the invitation.” Truthfully, I felt like my own faith had betrayed me, but would not have admitted it, at that time. They left it open, and I walked them out.

It still makes me smile to think of those visits, and of those women. It used to sting a little to think of how many of my own Christian sisters had withdrawn from me, in times of trouble. That still happens, and yet, every time, God sends others, often from places I would never imagine. He uses women from other faiths to strengthen mine. He stirs my thoughts and my courage through these encounters. He shows that a knock on the door from someone that I would normally shut out may just be an opportunity for Him to come in.

And maybe only in my brokenness am I willing to open that door, even if it’s for a Jehovah’s Witness, holding a Starbucks.

Hebrews 13:2 “Do not neglect to show hospitality to strangers, for by this some have entertained angels without knowing it.”